Base and quote are two concepts that will be mentioned frequently. Two easy ways to distinguish between them are:

For example, in the ETH-USDC trading pair, ETH is the base token and USDC is the quote token

The funding pool of PMM is described by four parameters:

The PMM price curve is plotted by the following pricing formula:

Where R is defined to be the piecewise function below:

i is the market price provided by an oracle, and k is a parameter in the range (0, 1).

The Three Possible States in PMM# 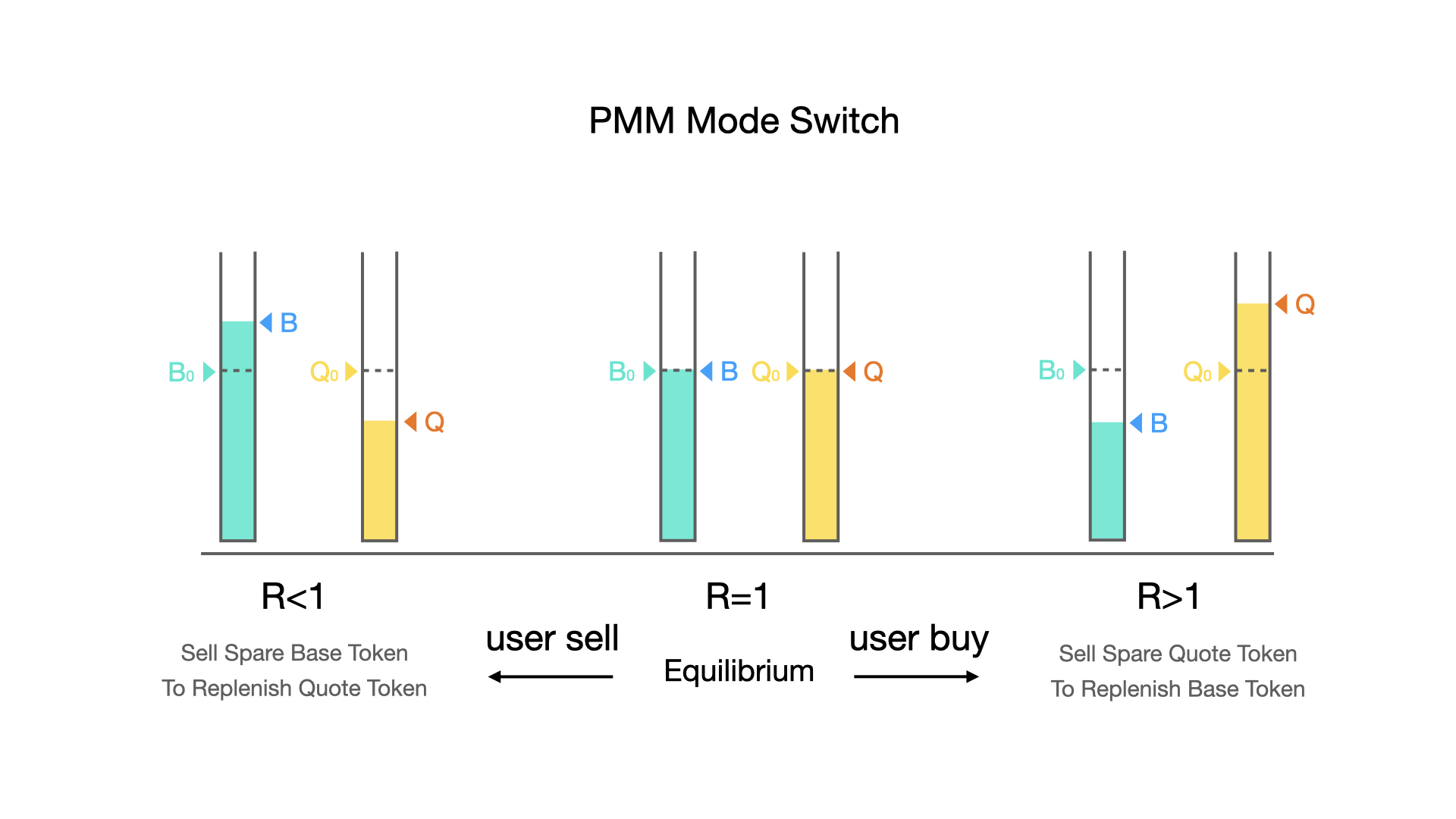 Initially, i.e. prior to any transaction, the capital pool is in equilibrium, and both base tokens and quote token are at their regression targets. That is, B=B0​ and Q=Q0​.

Base and quote tokens have different returns on investments (ROI) in PMM's funding pool.

A maintainer fee is also collected from what buyers received, and will be directly transferred to the maintainer. The maintainer may be a development team, a foundation, or a staking decentralized autonomous organization (DAO).

Currently, the maintenance fee on DODO is 0.

Normally, the withdrawal fee is 0 or an extremely small percentage (<0.01%) of what you withdraw. The withdrawal fee will increase significantly only if the funding pool suffers from a serious shortage of either base or quote tokens and liquidity providers intend to withdraw the type of token in shortage.

The withdrawal fee serves as a protection mechanism for liquidity providers who maintain their supplies of liquidity and contribute to the sustainability and overall health of the DODO platform.

In the next section, we will explain the math behind these core concepts.

Flexibility and k, the "Liquidity Parameter"#

Last but not least, we will introduce the DODO's "liquidity parameter", k. The parameter k gives DODO the flexibility to handle different market situations. 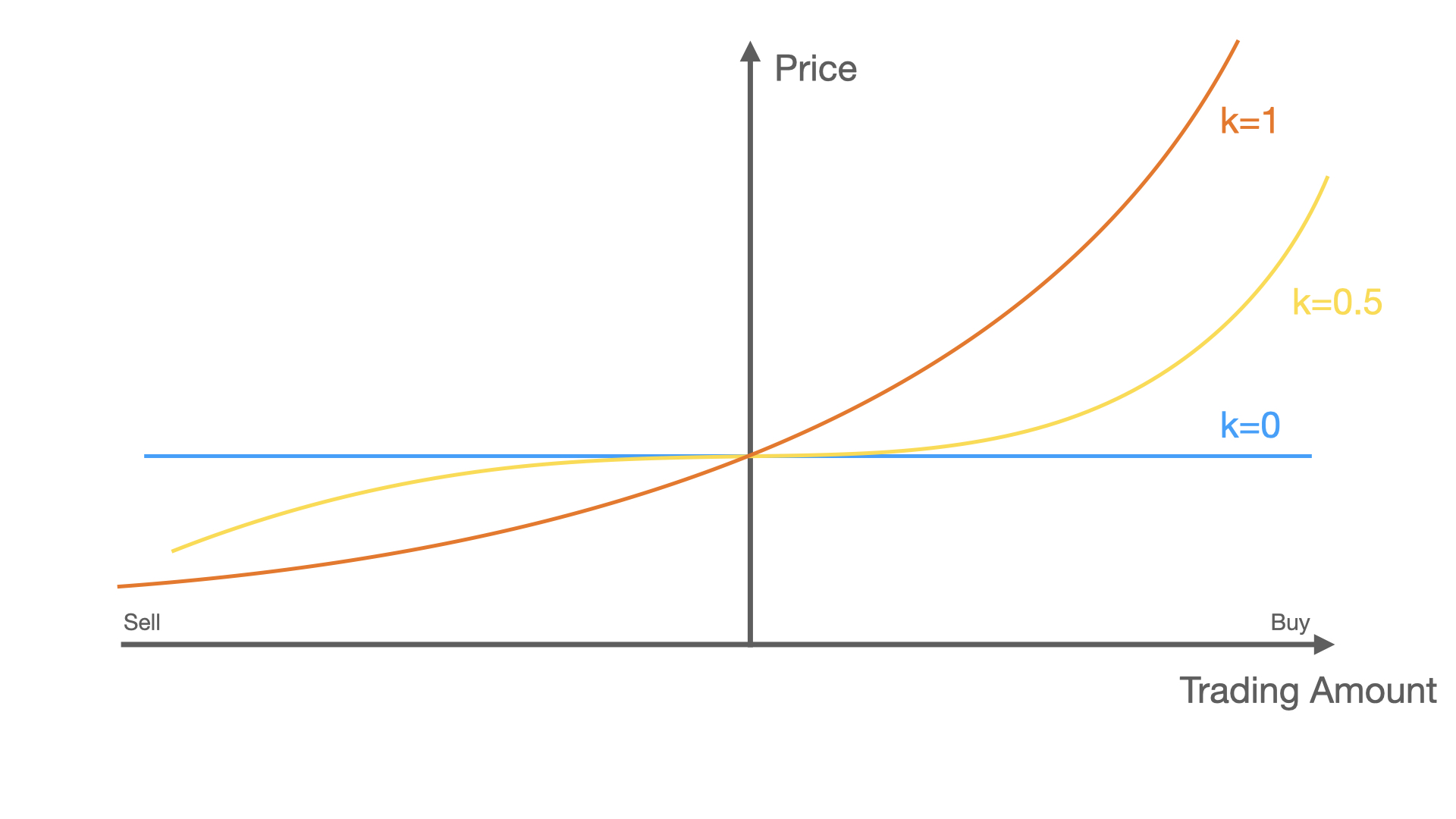 When k is 0, DODO naively sells or buys at market price, as shown by the flat, blue line. As k increases, DODO’s price curve becomes more “curved”, but, consequently, liquidity becomes increasingly jeopardized, because more funds are placed far away from market price and are thus underutilized or not utilized at all. When k increases to 1, the flat section near the market price is completely eliminated and the curve essentially becomes a standard AMM curve, which Uniswap uses.

Normally, k is recommended to be a relatively small value, such as 0.1, which could provide liquidity 10 times better than the standard AMM algorithm.